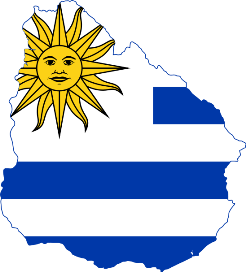 In a new report measuring a nation’s prosperity, Uruguay is ranked the highest in Latin America, while Norway ranks the highest world wide.

Uruguay is ranked as the top Latin American country in the “prosperity index” and 30th world world, according to the 2014 Legatum Prosperity Index developed by the Legatum Institute and released over the weekend.

The report also shows that 46.7% of Uruguayans interviewed feel that corruption in private business and government is well extended, but this is below the world average of 66.4%.

Sian Hansen, executive director for the Legatum Institute, said that traditional measures of a nation's success are not sufficient.

“Traditionally, a nation’s prosperity has been based solely on macro-economic indicators, such as a country’s income … However, most people would agree that prosperity is more than just the accumulation of material,” Hansen said. “It is also the joy of everyday life and the prospect of being able to build an even better life in the future.”

The report goes into detail about what factors into each individual pillar, how it leads to success in other pillars, and what each country can take into consideration. Spending more on health care, for example, led to better health outcomes. But increasing health care alone isn’t an efficient way to better a nation’s health. Improved governance means improved health care, and healthy people are proven to succeed more in school and the workplace.

Uruguay Is Latin America's Most Prosperous Nation | <a href="http://amigaswebs.blogspot.com/2010/12/traductor-con-banderas-animadas-para-tu.html/" target="_parent">Traductor</a>