Today, can we believe in change? 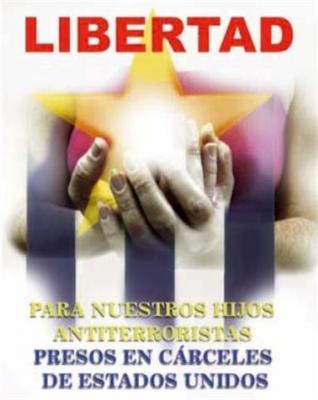 An Open Letter to President Obama

Eleven years ago today five young Cubans, Gerardo Hernández, Ramon Labañino, Antonio Guerrero, René Gonzalez and Fernando González, were arrested after infiltrating extreme right-wing Cuban American groups based in southern Florida in an attempt to prevent further terrorist attacks against the Cuban people. Tried in 2001 during a judicial process in Miami in the biased and threatening anti Cuban environment, they were condemned to harsh and disproportionate sentences.

Before and since your election to the presidency, you have travelled not only throughout the USA, but also to many countries in the world including Canada, vowing that your administration is in favour change. When it comes to international affairs, you put accent on the need to respect other countries and deal with other nations on an equal footing, rejecting human rights violations so characteristic of your predecessor. Your message has been and is that people can and should believe that this change is possible. There are many ways for you to prove it.

Today, seeing as that it is an important but regrettable anniversary, I would like to draw your attention to the case of the Cuban Five. You have the constitutional power, and I would add the moral obligation, to free the Cuba Five right now. You have just recently eased restrictions for Cuban-Americans to visit their families on the island. If you really believe in family families, how can you refrain from exercising your prerogative to free the Cubans so that they can return to their families at home? By keeping the five innocent men in prison, you are insulting over 11 million Cubans who over this eleven-year period have grown to adopt the Cuban Five as part of their very own Cuban families. By maintaining their jailing, it is tantamount to imprisoning part of Cuban society right in US territory.

How can you even hope to establish improved relations with Cuba while Washington is keeping an element of Cuba in US prisons? You know very well that this is a political case and that they are political prisoners whose freedom has been demanded by innumerable personalities, heads of states and international organizations from every continent.

You also know about Luis Posada Carriles. He is responsible for many crimes such as the terrorist attack on September 4th, 1997, in a Havana hotel. This caused the death of a young Italian-Canadian visitor to Cuba. At the time of his assassination, he was residing in my city, Montreal. His name is Fabio Di Celmo. The Cuban Five infiltrated the Miami-based terrorist group precisely in order to stop these types of actions. Fabio Di Celmo's assassin, Carriles, is today walking the streets of Miami with the protection of the US authorities. How can one explain this flagrant anomaly: anti-terrorists in prison, while terrorists are in liberty? If you really are interested in the people of the world believing that your administration is for change, there are many ways to prove this. Perhaps the most convincing way is to free the Cuban Five now.
Ver: yucatn5.blogspot.com


(1)Writer and member the Comité Fabio Di Celmo pour les 5 of the Table de concertation de solidarité Québec-Cuba and of the International Committee for the Freedom of the Cuban Five.