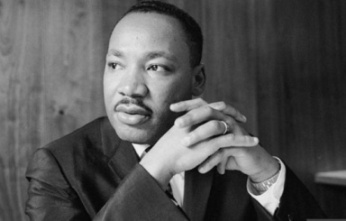 A Yale University history professor and researcher just stumbled upon an unedited copy of the threatening letter sent by J. Edgar Hoover to the leading civil rights activist.

Fifty years after FBI Director J. Edgar Hoover openly called Rev. Dr. Martin Luther King Jr. the “most notorious liar in the country,” more evidence comes out that the Federal Bureau of Investigation not only tried to publicly discredit the civil rights activist, but was also engaged in covert action against him.

Last week, as Yale University history professor Beverly Gage was researching confidential files for her book, G Man, that she is writing on Hoover, she came across the original copy of the famous letter encouraging Dr. King to end his own life.

The letter threatening to expose King’s extra-marital affairs was supposedly sent by a disillusioned civil rights activist, but is believed to have been written by a Hoover deputy, William Sullivan.

It was sent just after Hoover had accused King of being a liar in front of a group of women journalists as King prepared to go to Oslo to receive the Nobel Peace Prize. He was the youngest person ever to receive the honor.

The suicide letter  concludes by saying, "King, there is only one thing left for you to do. You know what it is. … You are done. There is but one way out for you. You better take it before your filthy, abnormal fraudulent self is bared to the nation.”

One paragraph suggests that an audiotape accompanied the letter. It reads, quote, "No person can overcome the facts, not even a fraud like yourself. ... You will find yourself and in all your dirt, filth, evil and moronic talk exposed on the record for all time."

In a Tuesday interview with Amy Goodman and Aaron Mate of news website Democracy Now, professor Gage speaks about her find.

“It is a very threatening letter,” says Gage. It is “probably the most notorious symbol of a much wider campaign against King and against the civil rights movement….By 1963, right after the March on Washington, the Bureau had grown very alarmed about King’s growing influence, and they began to bug his hotel rooms while he was on the road, and they began to wiretap his home and his office. So, by the time Hoover held this press conference, today, 50 years ago, they had been wiretapping King. They had enormous amounts of information about King, about his personal life, about his political activities, and they had been watching many people in his circle, as well.”

Professor Gage also commented that King and his inner circle recognized as soon as he received the package, that it didn’t just come from an anonymous person, but rather from the FBI.

“He understood it as a threat. There’s some evidence that, you know, he obviously was quite alarmed by this, but that it actually sank him into a certain amount of depression and alarm about what was going to come next. But he actually never spoke publicly about the letter, about the package. And it wasn’t public knowledge until the 1970s, after King had been assassinated and after Hoover had also died.”

In the interview, Aaron Mate brings out that J. Edgar Hoover didn’t act alone. He had authorization from then President John F. Kennedy and his brother Robert Kennedy, who was Attorney General at the time, and signed the wiretap order.

At one point, President Kennedy is quoted as saying, “The trouble with King is, everybody thinks he’s our boy anyway. So everything he does, everybody says we stuck him in there. So we ought to have him well surrounded.”

Beverly Gage confirms that the FBI and the Kennedy’s were constantly sharing the information that they had on King and that Robert Kennedy clearly authorized the wiretaps and possibly the bugging of his hotel rooms, although that is less clear. At one point John Kennedy pulled Martin Luther King aside and warned him to cut ties with people around him who had once been associated with the Communist Party. Even after he had come out in support of civil rights, the Kennedy’s also wanted the support of the blatantly racist South, so they were “very cautious about their relationship with King.”

Much the same was true of Kennedy’s successor, President Lyndon Baines Johnson, who was a close friend of Hoover’s. So, says Cage, while Johnson was publicly pushing for the Civil Rights Act, in private King and Hoover were joking about King and his extramarital affairs.

When a reporter asked King for his response about Hoover having called him “the most notorious liar in the country,” he said, “Well, I was quite shocked and surprised to learn of this statement from Mr. Hoover questioning my integrity. And very frankly, I don’t understand what motivated the statement.”

Amy Goodman ends the segment of Democracy Now with a passage from Dr. King’s acceptance speech of the Nobel prize on December 10, 1964:

“I accept the Nobel Prize for Peace at a moment when 22 million Negroes of the United States are engaged in a creative battle to end the long night of racial injustice. I accept this award on behalf of a civil rights movement which is moving with determination and a majestic scorn for risk and danger to establish a reign of freedom and a rule of justice. I am mindful that only yesterday in Birmingham, Alabama, our children, crying out for brotherhood, were answered with fire hoses, snarling dogs and even death.”